Ask Jim Scott what stoked his passion for martial arts, and he’ll take you on a stroll down memory lane – particularly to the 1970s when the television series “Kung Fu” was must-see TV and Robert Smith authored his book, “Chinese Boxing: Masters and Methods.” 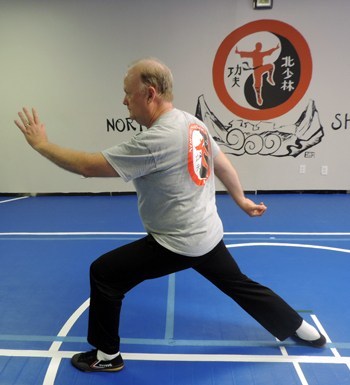 Those were just the start.

Since then, Jim has continued his martial arts studies with Keoni Everington. For a brief period of time, Jim taught students with the Winthrop Chinese Martial Arts Association. Now, he’s an instructor at the Northern Shaolin School of Kung Fu, teaching Qigong, Tai Chi and Liang style Baguazhang.

But he’s not all work and no play. Outside the studio, Jim enjoys eating salads with a variety of ingredients, teaching guitar and reading. He works in real estate and says he’s happily married.